We use cookies to ensure that we give you the best experience and to track your use of the website. If you continue without changing your settings, we'll assume that you are happy to receive all cookies on the website. Read more

This book presents the pastures and grasslands of the Finnish archipelago - a vast and beautiful mosaic of land and water. Situated in Southwestern Finland, the archipelago lying on the Baltic Sea is a unique experience,equalling the splendour of the fells of Lapland in northernmost Finland or the lake district in the central part of country. For historical reasons, the pastures and grasslands are best preserved here. It is a marine landscape with small islands, which are not suitable for agriculture. The management of the pastures and meadows is a high priority in the Southwestern Archipelago National Park.

The book gives a survey of the historical land use in the archipelago. The ethnological part of the book is based on interviews with local fishermen. After World War II, the archipelago was depopulated, and almost no cattle were grazing on the islands any more. The pastures deteriorated as also was the case elsewhere in Finland. The restoration of the pastures was begun in 1979. The book gives a number of examples of how scientific knowledge is implemented in practical management in order to reach a favourable conservation status both for biotopes and endangered species. The results are monitored by using permanent plots and indicator species.

This book should be read by professional conservationists all over Europe. A superb present for people interested in Finnish nature, ethnology, the archipelago as well as in plants and animals. 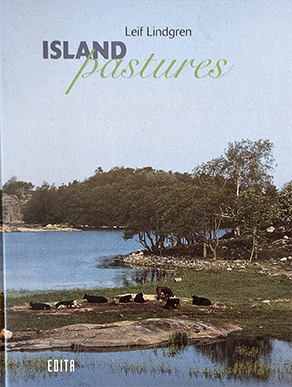